"Not inexpensive but well worth the investment"

“I honestly believe I would no longer be landscaping were it not for the care I received from Dr. Gary Greve and his staff. In 2005 I started going to Elanco for treatment. It was neither fun nor inexpensive, but Dr. Greve eliminated much of the 20% curve in my back. I now go back for a monthly adjustment to keep my spine adjusted. I have a physically demanding occupation, and the professional and competent care I received at Elanco has allowed me to keep on landscaping. Thanks Dr. Greve & staff!”

“I am now pain free... and able to enjoy my family again”

“I want to first begin by thanking you so very much for all you have done for me. Without you and the wonderful care you showed me over the last several months, I don't know where my health would be right now.When I first came to see you and your staff, I was in pretty bad shape. I had been in a car accident where I was hit from behind at a pretty good speed. I had pain from my neck through my shoulders and arms, the entire way down my back including my lower back. It hurt for me to do anything from simple tasks like running the vacuum cleaner and blowing my hair dry, to lifting and playing with my then 3 year old son…I just could not do it. I felt literally helpless.

After my first visit and first treatment from you and your staff, I was instantly relieved of my pain. Not completely, but it was pain that I could tolerate. I know this may sound unbelievable to some, but I continued to get better and better with each treatment. I had only one minor setback where the pain came back, but my original pain never returned. Over the months, with continued treatments and continued visits, some up to 3 times a week in the beginning, I continued to progress.

I have been without pain for just about 2 months, and able to do all of the things I could not do before. I am back to running around the yard with my now 4 year old little boy, playing baseball, tag, soccer... whatever the new 'game of the day'. I am loving life!

Your entire staff was the friendliest and most caring staff I have ever met. When I first began under your care, I was shocked at the demeanor of everyone in the office. I only wish everyone could be as caring and as friendly as the people you have working for you.

Thank you so much for taking care of me. I am now pain free, sleeping great and able to enjoy my family again. ”

“I could not walk without severe pain...Now I can function pretty normally”

“On the last Saturday in October, 2007, I awoke as usual and upon getting out of bed felt an unusual pop in my lower back. There was no pain of any kind so I went about my normal activities. However, as the day went on I began to be aware of a growing discomfort in my left hip and radiating down my left leg. Things continued to worsen until by that evening I could not walk without severe pain. I spent the next week getting daily treatments from the chiropractor to whom I had been going for several years, but nothing seemed to be helping. I was diagnosed as having tendonitis and encouraged to see my regular family doctor. His diagnosis was the same and I was put on a ten day Prednosone treatment.After ten days I was no better and was encouraged at that point by my family doctor to seek electrical stimulation and ultrasound therapy. I called ELANCO Chiropractic just before closing on a Thursday and within a couple of minutes, Brenda had arranged an appointment with Dr. Greve for the next day (which was his day off.) Dr. Greve immediately identified the problem as bulging discs in the lower back, which was later confirmed by a MRI, and began decompression, electrical stimulation, ultrasound, and pro-adjuster treatments. He also gave me a series of exercises to do at home.

We continued these treatments daily over the next week to ten days with amazing results. As things continued to improve, the frequency of treatment was lengthened to where I am now coming once every three weeks. I can again function pretty much normally, though I will probably have to exercise some extra caution for the rest of my life.

I was to express my sincere appreciation to the entire staff at ELANCO for their friendly and caring attitude. I have yet to meet a 'grouch!' Everyone of them has been great! Thank you from the bottom of my heart.”

“There is relief where I never expected”

“Seven years ago I had a bone fusion, plate, screws and I wore a neck brace for nearly 3 months. After a severely herniated disc in my neck in 1999, I had finally decided to go ahead with surgery. I knew what it is to have extreme pain. After surgery I had relief from most of the discomfort, but I kept some nerve damage that I can live with. I was told I also have arthritis in my spine and degenerative disc disease. I felt depressed off and on over the years. This followed with sometimes needing antidepressants just to get through the tough spots. My neck was good. My lower back was not. I was always feeling some discomfort, fatigue, and burning in my spine or back somewhere. Then on July 28, 2008 began pain in my arm that got progressively worse over 4 weeks. Realizing this had been my least offensive part of my spine for quite a few years, this was extremely difficult to deal with now. An MRI showed 2 bulging disc above and below the fusion. Even with all this the most depressing was my lower back. I decided there must be some way to get my back in a more healthy state so that I can live my life without constant worry of damage to my spine.I heard about ELANCO Chiropractic and decided in desperation to give it a try. If I spend the money I would do everything as close as recommended as possible. After 5 weeks I began to feel a change that was so marked and certain I could not deny that something was different. But the remarkable thing about all of this is that there is relief where I never expected. Not only is the severe pain gone but the fatigue, burning and what I thought was nerve damage is mostly gone. I never expected this kind of change. I was looking for much less than I got.

I thank the doctors and nurses from all the way inside and I thank God for new hope in life as I have not experienced in many years.”

“I have never been so impressed and satisfied with the results from a doctor to be moved to write a personal thank you - but now I have."

As an extremely active individual and competitive age-group tri-athlete, I started getting discouraged when my weekly running mileage was hindered by pain in my hip and groin area. I began seeking treatment from area physicians and physical therapists with no successful outcome. I was told to rest, given physical therapy, received ultrasound, and had X-rays and bone scans. The good news and the bad news were the same - they could find nothing.After 2 ½ years of seeking a solution to my pain, I turned to the internet. There I read about Active Release Therapy (ART) and the benefits of this natural approach to relieving pain in athletes. At first I was skeptical, but figured I had nothing to lose considering I had exhausted all other options. And since Ironman had endorsed this treatment, I figured I'd give it a try.

My only regret is that I did not discover ART sooner! Your personal approach in explaining the nature of the treatments and the details of my injury were greatly appreciated. I learned that an old injury I suffered years ago had healed but formed adhesions. By using ART these adhesions were broken up and allowed my muscles to perform their full range of motion pain free.

I am happy to report that about six months after my last treatment I am still running pain free and have put together my training and racing schedule for the year. Thank you again for all you did. ” 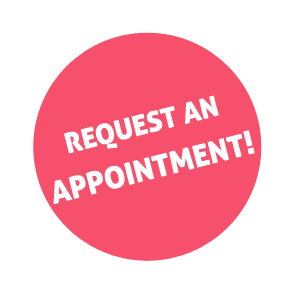